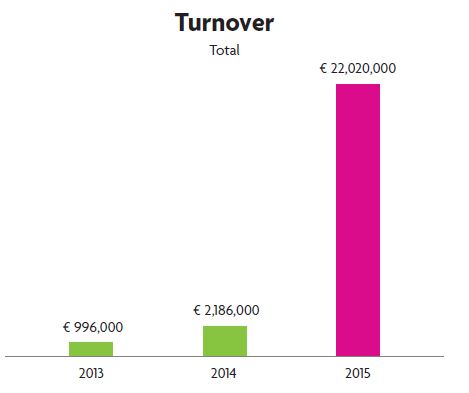 There is potential for great success in music startups, comparable to that of the games industry.

“It is clear that music startups have become more active in recent years, and now we are beginning to see the results. There are dozens of startups in Finland who actively develop music technology and services. Apart from a few exceptions, all companies have their eyes on the international market that is in desperate need of new innovations. For example, Musopia – a company that is developing an application that teaches users how to play the guitar – has started cooperation with Samick, the sixth largest guitar manufacturer in the world. And SongHi – a startup that focuses on music teaching – just entered into an agreement with one of the world’s largest telecommunications companies”, says Jiri Koivuniemi, founder of Finnish Music Startups.

“The success stories of music startups are most likely to spring from services related to music technology, teaching, learning and the distribution of music, rather than streaming services such as Spotify”, Turo Pekari, Researcher who managed the report process at Teosto, comments.

Growth is important for the development of the music industry

Music startups are not only tech companies, they are also part of the music industry. Music is an integral element of the services and products the companies offer, and their networks span different operators in the field of music. Most of the founders of music startups have some background in music, either as professionals or enthusiasts.

Pekari believes that the success of startups will have more and more impact on the income formation of individual music authors.

“Music startups use content in versatile and innovative ways, which can become a new source of income for music authors. At the moment, the amounts are still small, but music startups could have a growing economic impact on the financial situation of music authors in the future”, Pekari says.

Funding appeared to be the greatest challenge

The startups felt that funding was their greatest challenge. The total amount of funding received by the companies covered by the report is EUR 15 million, of which EUR 1.4 million comes from international sources.

Challenges related to funding include the scarcity of capital investors in Finland, and the fact that most of the investments are small. The companies felt that the funding process could be facilitated by adopting tax reliefs to attract investors to Finland, by establishing a national fund for music startups, or by offering more export support to startups.

The Music startups in Finland 2014 report is a market analysis and benchmarking study on Finnish growth companies in the music industry. Finnish Composers’ Copyright Society Teosto and the Finnish Music Startups collective collected data from 23 music startups in December 2014.