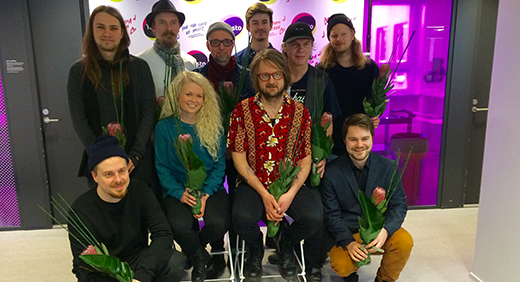 This year, the pre-selection jury has selected five works or pieces as nominees for the Teosto Prize. Awarded since 2003, the Teosto Prize is one of the most noteworthy art prizes in the Nordic countries. In 2015, the Teosto Prize was awarded to Mikko Hassinen for his works on the album Elektro GT.

“Candidates included versatile works that we approached as music, without giving thought to genres,” explains Pekka Kuusisto, the chairperson of the pre-selection jury that selected the nominees.

“During the selection process, all jurors got a clear impression of Finnish music being in a good state, and we are happy that the Teosto Prize is not awarded for success in sales but for artistic credit. The Teosto Prize celebrates the fact that a million people can be wrong,” Kuusisto continues.

The Teosto Prize nominees and their justifications:

Music authors and publishers reward courageous, original and innovative Finnish music with the Teosto Prize. This year, the prize will be awarded for the 13th time.

The final prize winner is selected among the nominees by a three-person jury consisting of Minister of Education and Culture Sanni Grahn-Laasonen (the jury’s chairperson), Nelonen Media’s radio director Sami Tenkanen and Mikko Hassinen, the composer of the piece that won the Teosto Prize last year. The decision will be announced at the event held in the restaurant of the Helsinki Music Centre on 14 April.