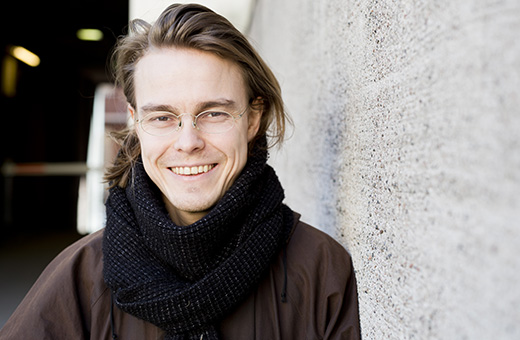 The Teosto prize for 2017 was awarded to Mikko Joensuu for his compositions, lyrics, and arrangements on the albums Amen 1 and Amen 2. Since its beginnings in 2003, the Teosto Prize has established itself as one of the largest art prizes in the Nordic countries. When there is only one winner, the prize money is EUR 25,000.

“Music that draws stylishly on the Americana tradition, and that has been created with devotion and without compromises,” the jury noted in its decision, and continued: “This highly personal pair of works grows and develops its multi-faceted range of elements into an entity that is greater than the sum of its parts. A soulful redemption.”

The winning work was selected by a three-member jury, from a shortlist of six candidates that was chosen by a preliminary jury. The jury was chaired by commercial radio emerita, Senior Advisor Leena Puntila. Her fellow jury members were Flow Festival Managing Director Suvi Kallio, and Henri “Paperi T” Pulkkinen, the winner of last year’s Teosto Prize for his album Malarian pelko (“Fear of Malaria”).

“The great merit of the Teosto prize is its broad scope. The candidate works can represent any musical genre and style,” says the jury chairperson Leena Puntila. “The musical spectrum and high artistic level of this year’s candidates is a reassuring demonstration of the calibre of the music that is being made in Finland, both in the mainstream and outside of it. Mikko Joensuu’s Amen 1 and Amen 2 form a fine entity that is ready for the wider world, and did not need extra points from the jury for being Finnish,” Puntila continues. 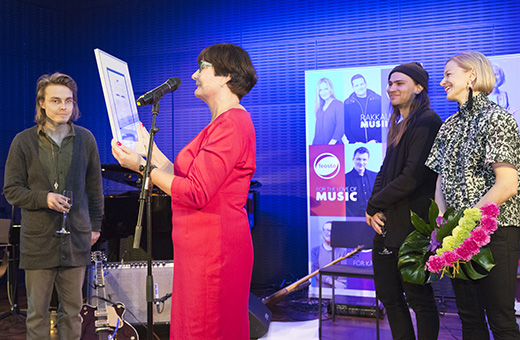 This year, the preliminary jury, consisting of music industry professionals, chose six candidates for the prize. These were individual works or work entities. In addition to the aforementioned candidates, the other candidates were (in alphabetical order of the title of the work):

Agartha – Oddarrang
Compositions by Lasse Lindgren, Olavi Louhivuori and Osmo Ikonen, and arrangements by Oddarrang on the album Agartha.

The Finnish Composers’ Copyright Society Teosto established the prize in 2003 with the aim of promoting Finnish creative musical art. Music authors and publishers reward courageous, original and innovative Finnish music with the Teosto Prize. This year is the fourteenth time that the prize was awarded.

The prize will be awarded to one to four musical works or pieces, and the maximum prize is EUR 40,000. If the prize is awarded for a sole musical work or piece, the prize is EUR 25,000. The works can represent any genre, but they must be produced after the previous award season.

More information on the Teosto Prize, and the previous winners: www.teosto.fi/work/teosto prize