In 2018, we celebrated Teosto’s 90 years of operations and also had our eyes firmly on the future.

On 7 March, the anniversary of Teosto being founded, we published an illustrated online chronicle (in Finnish only) about the association’s history. The chronicle of Teosto’s past decades is full of colourful information about the history of Finnish music, audience favourites, the effect of international trends and the development of radio, TV and new media.

We celebrated our milestone year together with our customers at various events across Finland. We made the work of music authors — and what it means to be a composer or lyricist — more visible to music lovers and professionals alike. We produced a series of online podcasts called Säv.San.Sov.- (“composition, lyrics and arrangement”) featuring well-known music authors talking about their work and creative process.

One of the highlights of the year was giving out Teosto 90 Awards at a gala held in connection with the Music&Media event. The winners of the awards were Mariska and Risto Asikainen, both of whom are versatile and accomplished music authors.

Financially, the year was a good one overall for Teosto’s rightholders. Teosto’s revenue exceeded €70 million for the second time during the association’s history.

Distributions to Finnish rightholders increased by €1 million (+3.7%) compared to 2017. However, the total amount of payable royalties decreased by one per cent from the previous year, mainly due to lower investment income. Financial performance in the next few years will be significantly affected by the need to make investments in the digital transformation of services and systems.

We spent most of our milestone year hard at work to ensure even better opportunities for music authors and publishers to operate and achieve success, and for all of us to continue to enjoy rich and diverse music culture going forward.

Late last year, we decided to join forces with the Polaris Nordic collecting societies, Koda of Denmark and Tono of Norway, to establish an online hub, a company that will handle licensing for international online music services. Polaris hub is a licensing hub that provides a one-stop service for obtaining licences for the European area from the collective management organisations of three countries. The arrangement is based on the Act on the Collective Management of Copyright, which entered into force a couple of years ago.

The issue of the tax treatment of companies owned by music authors as recipients of copyright royalties was resolved after years of advocacy work. In September, a Tax Administration guide customised for music authors was delivered to Minister of Finance Petteri Orpo. According to the guide, the royalties paid by Teosto can be credited to a company owned by the music author. Drafted in cooperation between Teosto, the Tax Administration and the Ministry of Finance, the guide makes the operation conditions and taxation of music authors more equal with other entrepreneurs.

The drafting of the EU Copyright Directive continued in the European Parliament last year.  The complex and expansive draft Directive, and particularly Draft Article 13 (subsequently Directive Article 17), was met with an emotional response and widespread discussion regarding the value of content rights on platform services such as Facebook and the Google-owned YouTube.

The European Parliament and the Council of the European Union ratified the Directive this past spring. The introduction of the new Directive means that platform services must consider the copyrights associated with content and negotiate compensation with rightholders. This represents a significant reform from the perspective of music authors and publishers. The provisions stipulated by the Copyright Directive must be implemented in our national legislation within two years. For music authors and publishers, it is important that we can work together with the various parties involved in the field of music to establish fair rules for the content market regarding the use of content and related negotiations.

Changes to the basic aspects of Teosto’s operations

The multi-year dialogue between Teosto and the Finnish Competition and Consumer Authority (FCCA) regarding Teosto’s membership agreement was concluded late last year. The objective of the investigation initiated by the FCCA in 2014 was to provide rightholders with increased opportunities for self-administration of their copyrights.

In late autumn 2018, we submitted a draft commitment to the FCCA to enable more flexibility for Teosto members. The FCCA approved the draft commitment in December. Following the FCCA’s decision, we launched a membership agreement amendment project, which culminated on 18 March 2019 in the adoption of a new membership agreement for all of our music author and publisher members.

The amended agreement provides music authors and publishers with the flexibility to choose the most suitable method of administering their copyrights in different contexts of use. The amendments have been met with interest, but also with justifiable concerns regarding issues such as the declining negotiating power of music authors relative to music users. I want to emphasise that Teosto will continue to serve all music authors and publishers in the same manner as before. The increased flexibility is simply an option offered to those who wish to exercise it.

Following the changes that took place in 2018, we began the renewal of Teosto’s strategy at the beginning of this year. Our increasingly complex operating environment and changing business models drive us to reform our services and develop industry networks in Finland and internationally.

We want to invest in developing the competence of our employees, maintaining a high level of well-being at work and enhancing our operations. This will enable us to provide next-generation copyright services in the future to benefit our customers even more than before. 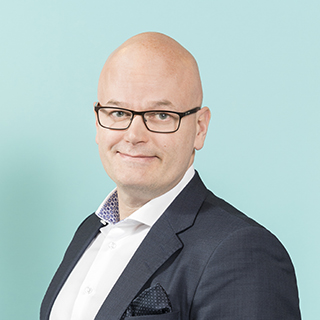