In a collective management organisation, such as Teosto, the distribution rule is one of the most important documents: it contains the principles according to which work-related data is processed, work distribution calculation is carried out and distributions are made to the rightsholders.

The aim of the distribution rule reform project in 2018–2021 was to make the document clearer and more understandable. There was a need for the distribution rule update, as the legislation, monitoring and music markets have changed during the last decades. Currently, works are prepared by a growing number of rightsholders, which means that the distribution of remunerations between these parties has become more challenging. The reform was prepared by a working group containing representatives from Teosto and its member organisations.

The practice related to the arrangement shares has changed. In the new distribution rule, the criteria for the arrangement shares is recorded so that they correspond better with the regulations already previously in force. The new distribution rule specifies the section according to which the arranger’s share cannot be more than one-sixth for the remuneration distributed to the whole work (16.67%). Previously, it has been possible to report a larger share for the arranger when submitting the work notification. This practice is now discontinued so that the arranger may no longer receive a share larger than this in connection with the first registration of the work. If a larger share should be distributed to the arranger, the arranger must be entered as a composer.

An exception to this is new versions of the existing works in which the arranger’s artistic contribution can be deemed to be more significant than the usual.  In this case, the composer – for published works, together with the publisher – can apply for a higher royalty share for the arranger from Teosto’s Repertoire Committee, which can be up to 33.33% of the remuneration distributed to the whole work.

We will be collecting feedback concerning the distribution rule and its practices throughout the spring of 2022 in order to develop our operations.

The new distribution rule will be published at our website shortly. 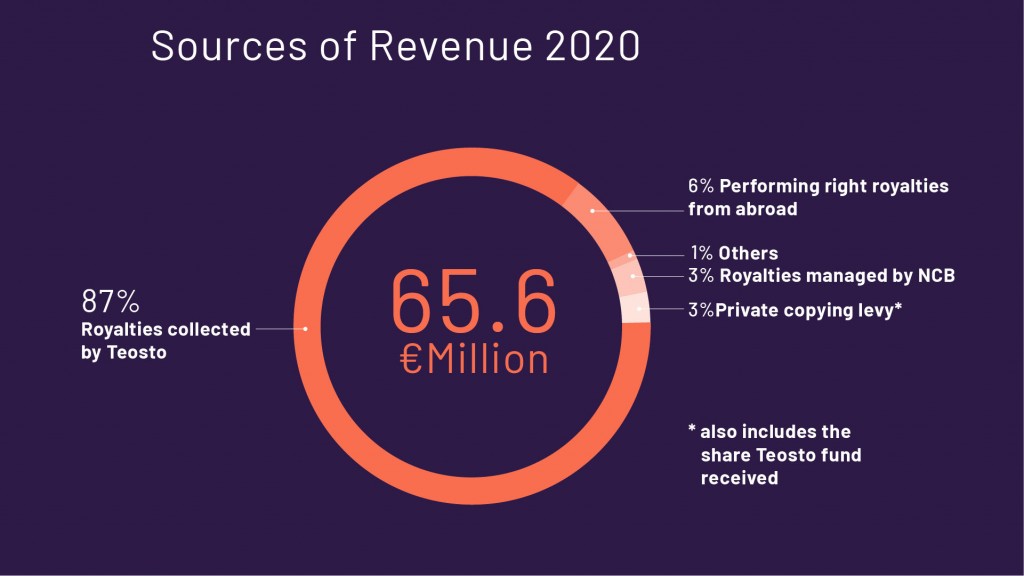