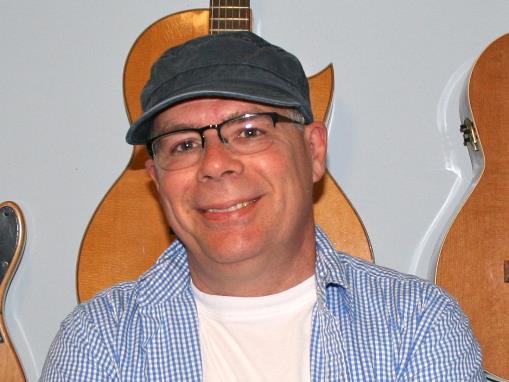 Fingerboard Management for the Modern Guitarist

The leap to full fingerboard note name awareness is a huge one since the guitar is a non linear, portable instrument and not a visually linear instrument like the piano. On the piano, the natural notes are visually distinguishable as white keys and the sharp and flat notes are the black keys, easy!

The guitar, however, initially appears to be just a combination of frets and strings and all of the notes look the same.. Not so easy! So the question is…..how do you get further at learning the names of the fingerboard notes?

The good news is that, like I already stated, most guitarists are not starting at zero since they either already know some note names in first position or know the names on the 2 bass strings. Not starting from nothing means that we are just building on work that has already been started and maybe adding some purpose and structure to the learning of it.

The 2 tricks to learning of the fingerboard are simple….not easy, but simple.

1. The idea is to ”glue” the note names onto the sound of the notes so as you drill them up and down each string from open to the 12th fret octave and back again, you will want to say the names as you play the notes. That way, it is similar to meeting a person and repeating their name so you help your mind put a name to the face and voice of the person.

2. Go slow. memorizing note names is about the information you absorb and can retain so therefore speed is your arch enemy. Going slow gives your brain time to attach the name to the position on the instrument and to the sound in the most sustainable and repeatable way possible.

Something to remember is to be diligently patient with the development of this ability. Diligent in that you add it to your regular daily practice regimen (if you have one, and if you do not have one, then start one), and be patient in the expectation of how long before a usable skill will harvest from your time at the acquisition of this skill. Like most big skillsets it is as difficult as it is valuable.

There is a theory that we all have untapped perfect pitch and it is untapped because we don’t think about the names of the notes we play and that causes us to not make good use of the good ears we are given. In that regard we recognize the sound of a note but do not consider what we call it. Other musicians consider guitarists to be ”shape memorizers” rather than ”elemental developers” of music but wouldn’t it be interesting to be a bit of both?

Here is a fingerboard illustration generously provided by Brett McQueen from his brilliant site www.guitarfriendly.net.

1. Chromatic – Play every note on each string from open to the 12th fret saying the names out loud as you go.

2. Diatonic – pPay each string from open to the 12th fret but in a specific key, like in the key of C or G etc.

3. Play Chase – Start with a metronome (at 60 bpm for instance) and play the ”C” note that appears on each string starting on the 6th string down to the 1st string and then back through the strings ending on the 6th again. Then do the same for the ”G” note, then the ”D” note and so on. One note per tick…no cheating!

Learning all of the names of there notes on the fingerboard is perhaps the most important often neglected job that we do as guitarists and is unique to guitar since every other instrument is learned with note name recognition embedded into the playing of it. It is one of the top features that separate academically trained musicians (of every style) from recreational players and can transform what you know on one part of the fingerboard into a wide spectrum of new opportunities every time you pick up the guitar.

James Linderman is a Berkleemusic Ambassador and teaches guitar and coaches songwriting over Skype to students all over the world. Contact James at jlinderman@berkleemusic.com