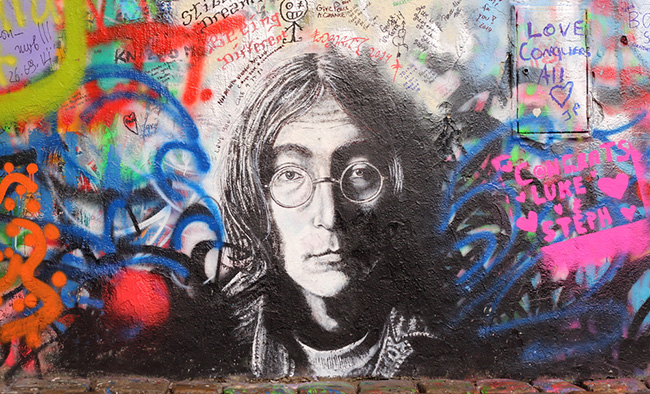 How to Write a Protest Song

Perhaps two of the only thing left that we can all agree on is that we live in a world divided, and it is now a time of protest.

Whether people are protesting truth to power or power to truth, protesting a certain ideology or defending it, it appears that protest and social justice songs will be in demand soon, perhaps before we can even get them written.

This article is not going to be about the validity of anybody’s particular viewpoint or about our politics, but about how to craft an ideological protest song that will offer the greatest representation of your views, should you choose a guitar over a placard when your cause take to the streets.

If your cause has already taken to the streets, then you had better get writing because as the song goes, “Your old road is rapidly aging, so get out of the new one, if you can’t lend a hand”.

Here are 10 points you will want to know before you just start singing angry stuff all over the place.

1.    Research your Topic. You may have a very strong passion for a certain social or political view but there is a difference between being passionate about a cause, and being well informed. School yourself up on both sides of the argument and write a lyric you can defend.
2.    Write to the Centre. When writing your lyric you will convert more uncommitted listeners if you craft some nuance into your viewpoint. This does not mean you have to acknowledge a personal validation of the opposing view, but writing as if the issue is above debate, will inevitably work against you. You do not want people to get the impression that your song was written in an ideological vacuum because that will make it easy to argue against and satirize.
3.    Write to your Passion. Considering the point in #2 taken, do not compromise your passion for the cause, and write with the bravery and conviction that your view deserves.
4.    Use a Traditional Song Form. By using a traditional song form, you will allow your protest song to tap into the historical representation of the protest songs that have preceded it, and give your song some grounding in that tradition. This also helps your protest, or social justice song retain some simplicity and help the listener stay focused on the lyric ideas dedicated to your cause.
5.    Write into a Metaphor. Songs that are based on an abstract or written as a parable are more powerful and illustrative than songs that are directly teachy or preachy. Bob Dylan knew what the answer was, my friends, and could easily have stated it in plain language but he chose to let us know that it was “blowing in the wind”. The lyric was a metaphorical invitation to get out there and find the answer for yourself.
6.    Refrain from NOT using a Refrain. Some of us have never even written a refrain since the chorus took over the world about 50 years ago but the refrain is a great convention for the kind of song you want to write here. For a great example of a refrain we look again to, “The answer my friend is blowing in the wind, the answer is blowing in the wind”.
7.    We Want 5 Notes, We Want 5 Notes….Protest and social justice songs need to be easy to chant and as “sing along” friendly as possible. It is advisable to write a simple catchy melody that primarily uses the 5 note pentatonic scale. This will make your song easy for your crowd to learn and easy for them to remember for the next rally.
8.    What the Anthem? Anthems are historically a celebratory kind of musical work but of course, when you protest one side of a cause, you are also celebrating the side of that fence that you reside on. Study anthems, like national anthems as well as songs like Queen’s We are the Champions” and, “We Will Rock You” and other songs that tap into a sense of belonging to your certain faction of society. You will find that some of these songs have a chorus but notice the use of lots and lots of repetition and how the chorus melody and lyric ties in with the verses.
9.    Dude, Where’s Your Song? Once you have written your song, make certain that organizers who work for the cause know you have written it. It does you no good if no one hears your timely song and for those who share that view, your song may be considered an essential element that was perhaps previously missing from their movement.
10.    To Sing… or not to Sing! Once the song is written and ready to go, determine if you are the right voice for the song and for the movement. There is a lot to be said for the honesty of the songwriters rendition but it can also be argued that having the right performance can also be a huge factor in having your ideas gain traction and produce the greatest impact. Try to not make this decision with your ego, or your own ambition and let the song win the day.

Above all other kinds of songs, protest songs and social justice songs have been able to influence culture and some have even become the soundtrack to seismic shifts in how people feel about one another by providing the words and music to that particular moment in human history.

James Linderman teaches guitar and piano, and coaches songwriting over Skype to students from all over the world. He is the author of a new book Song Forms for Songwriting and teaches film composition and songwriting for film in the Slaight Music Residency at The Canada Film Centre. He has been an Academic Ambassador to Berklee College of Music for over 10 years. James also writes music journalism for performing rights organizations and songwriting associations almost everywhere. http://www.jameslinderman.com